Recently,  I was given the chance to document one of Nakai-san’s build.

Usually, his builds are packed with spectators and media coverage. However, this time it is just him and a couple of people to give him a hand, disassembling.

Nakai-san is well-known for founding Rauh-Welt Begriff (RWB), customizing Porsches with distinctive body lines. After becoming partnered with many people around the world, he has grown popularity. In fact, he is one of the main icons in Electronic Arts’ Need For Speed (2015). Watching him in person is an instant gratification for anyone with the love for cars.

Point of no return! Nakai-san cutting a perfectly intact quarter panel to make room for the over fender and the aggressive wheel setup that is present on all RWB cars. 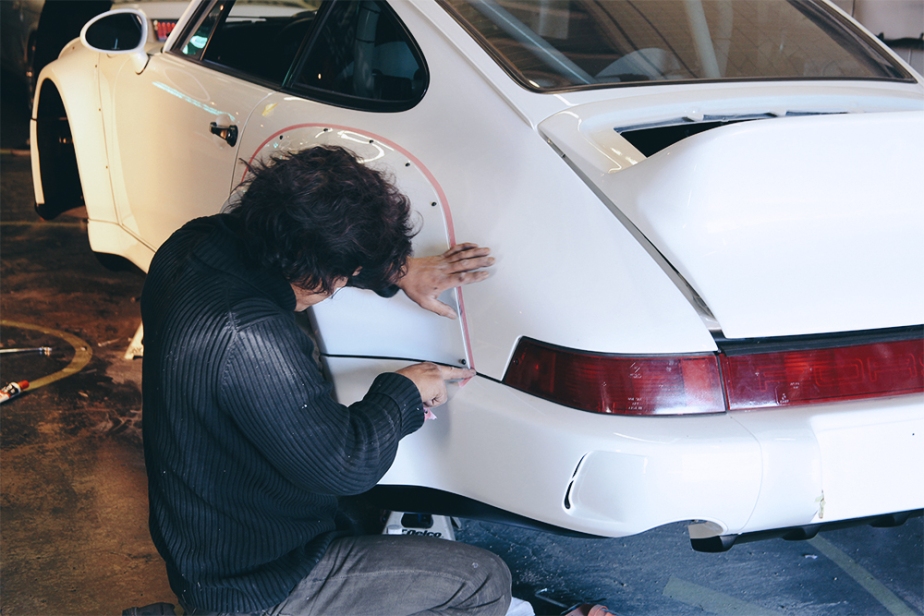 He didn’t talk a lot. But the way he looks at the car he’s building says and shows a lot of passion he has towards what he does. Every modification on his builds are done by eye. He’s just the master of his craft.

A build is not complete without its RAUH-Welt windshield banner.